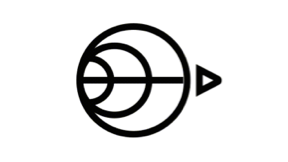 by Slow Ventures
Slow Ventures is an early-stage focused Venture Capital firm based out of San Francisco, Boston, and New York. We are generalists and invest in early stage teams and ideas ranging from Social Networking to Consumer Brands to SaaS, and Crypto. We believe - and have seen proven time and again - that great things frequently take time to inflect, and believe that our number-one job is to back great founders on their journey. This is our occasional newsletter. You can sign up if you want ¯\_(ツ)_/¯
Subscribe to Slow Snail Mail

What's the Point of Capital?

Starting a company is a huge commitment to a single opportunity, especially if you’re a high quality founder with a lot of other good options. Anyone who says otherwise is trying to sell you something (probably capital).

As soon as you raise a dollar, you’re locked in. Probably for years. You have to quit your job and start working on this thing full time. You have to start watching the clock on your runway. You have to explain to your family why they can’t go on that vacation this year.

But what if the idea is bad? That sucks but at least then you can take the negative signal and shut it down quickly.

Worse, what if it’s just good enough to tread water for years and get nowhere? What happens when you’ve hired not quite the right team, built not quite the product, or targeted not quite the right customers? Well then you’re left pivoting into oblivion while your investors take the L and move on. They have nothing to lose and you only have your whole life at stake.

What if all that could have been avoided with a little more criticism, feedback, research, and planning?

Raising capital might “de-risk” the act of starting a company but raising it sooner won’t change the ultimate outcome and it doesn’t improve the odds of success on an insufficiently workshopped idea.

As soon as you raise money you will start burning it. If you’re not generating enterprise value from your burn, you’re not creating value; you're destroying it. And lots of what you have to do before you build a business neither requires capital nor generates value.

You don’t need money to:

If capital neither unblocks nor accelerates the work you have to do then you’re just creating commitments.

The early work in building a company has nothing to do with money. If it seems that way you’re likely skipping a step (or several). Yes, you’ll never de-risk a company entirely and the option value has diminishing returns as you explore the opportunity (eventually you need to quit or commit) but taking time to slow down and diligence an opportunity for a finite period will save you years of heartache.

Remember, the real cost and risk is the opportunity cost of being saddled with a fundamentally flawed business and too much cash/expectations to shut it down quickly and quietly.

The Newsletter of the Slow Ventures Team